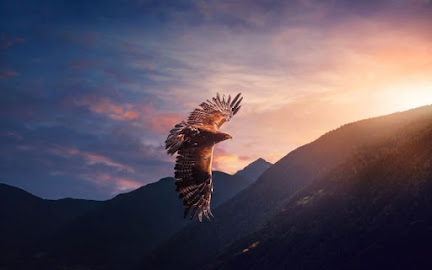 .:.A fix to the central problem which has been causing the many negative Symptoms ONA has been suffering from has been made. The fix is more of a reiteration of things already present in ONA [from the o9away blog]:

The View Of The Inner O9A

When I was younger, I hated the idea and concept of an "inner circle" of o9a Adepts and was a huge antagonist of such a concept. Today, having become more conservative, I understand the need for such a group/body who helps conserve ONA. The change in my views, sentiments, and mind about the need for an Inner Cabal of O9A Adepts is a product of my own personal pathei-mathos and watching ONA fall into the condition it has found itself in currently.

The Inner O9A also properly fills in the vacuum left behind by Anton Long's retirement.

I am hoping [and hopeful] that the Inner O9A will gradually nurse ONA back to health.

But due to the success of Sinister-Numinous tradition's influence on me, and having applied many of its teachings, especially of the concept of "Pathei-Mathos," and having come to a gradual understanding of Nature [via Natural Philosophy] and of Human Nature: I still have to amicably sever my bonds and ties with the Order of Nine Angles as a member/associate because I have come to understand that we humans, and most high order creature have an instinctual Ethical Boundary, and ONA explicitly lacks any such Ethical Boundary. I will have to follow the example of the Old Guards when they created their Hebdomian Way: and abandon the ONA.

ONA is too socially Liberal for me. In my youth, I was socially liberal and liked ONA. Today I am socially conservative.

ONA also lacks any mechanism of Quality over Quantity. Each ONA MS acts like a fishnet. Those fishnets are cast into cyberspace and catch certain types of fish. The problem is that "ONA" is an abstract noun which does not exist as something you can touch. What exists in Reality [re: Realism] are the people who come into ONA and who associate with it. A nation/religion/tribe/family/group is only as good as the constitutional people who make up such a collective entity.

Also, due to my love for Natural Philosophy, over the many years, I have become a Realist. There isn't much Realism in ONA. Most ONA people can't "keep it real." It is an impossibility, as I have observed over the many years for Anton Long, the Old Guards, and ONA people in general to be Realistic where they have the capacity to simply Admit to a Mistake: "We made a mistake regarding... the authority of individual judgment... regarding our judgement of character of such and such person... regarding allowing so much time for groups like the ToB to take root in ONA so they can influence and manipulate people..." instead of such a capacity to admit to mistakes, we see mythos on top of mythos, labyrinth on top of labyrinth: endless games of charades.

Also, like I said: Just like how England neutered their Monarch of power, ONA has gotten rid of Anton Long's power. ONA is democratic. And like all democracies: there will always be secret cabals of people controlling things from behind the scenes. I'm a Monarchist.

ONA also has taken on the personality and character of it's creator: Anton Long / David Myatt is wishy-washy and vacillates very often. Sometimes Anton Long's primary texts are only guidelines... other times, the same texts are used in a binding, defining way.

Over the decade, I've also come to see the whole of ONA, meaning the 5000 pages of ONA MSS, as being exceptionally bloated, convoluted, and self-contradicting. Over those years, as I have gradually written in nexion zine, I came to understand that Satanism is very simple and Primal. And so, for many years I have yearned for a more simpler Satanism, one that is carefree and fun, one that has culture and ethical boundaries, one that has ceremonies and rituals. And so: I have returned to my old roots of LaVeyan Satanism based on The Satanic Bible & The Satanic Rituals.

I have grown to become a very un-ONA person.

The WSA also is too liberal and no longer represents the person I am today. I will very shortly dissolve it and lay it to rest.

I'm also done with writing. I've been writing non-stop since 2007. Like literally non-stop. I've lost the desire to write. Many other thing about Life in the Real world has captured my attention, heart, and mind. And so, Nexion Zine is Paused at issue 8.1.

I just came back to check up on ONA, and seeing that it was sick, I tried to help ONA one last time. The Inner O9A has everything under control. I hope that in a decade, that ONA will still be around. If not then by Wyrd's Will: it was never meant to live long. I am amicably permanently severing my sentimental attachments with ONA, because we have grown apart. I leave like a baby bird, having learned to fly, leaves its nest. David Myatt's writings has made me, since 2006, the person I am today.

I wrote a poem in 2009 called "Caladrius." In the poem, I am Caladrius, the King is the ONA, and the Nightingale is David Myatt. And so, like the Caladrius: I've looked upon the face of this king for a while, and now I fly away.

When o9a dot org works again, I'll post this over there too, which will be the last post I make in cyberspace.